This marvellous “Monte Alentejano” built in a traditional regional architecture, boasts a charming windmill that very wisely became part of the house and a panoramic all glass window with breathtaking views.
In fact the property is located in such a privilege geographical position that it offers 360º views of the horizon. It is nature in its purest sense. Looking North it’s possible to spot a picturesque village, just 1km away from the house.
Although with sober interiors, but with carefully chosen materials, such as the hand made brick floor, the so simple and traditional furniture and some exotic pieces, most of them brought from Africa by the owners, where they lived for several years, it’s amazing how they all blend together, offering a unique charm to this house.
The wide living room, with it’s huge high ceilings and it’s big fireplace, has 3 glass door windows that open completely, giving way to the beautiful gardens designed by a renowned landscaper and the outdoor living area. To the right side there is a gorgeous alfresco dining table that will comfortably sit up to 20 people with its convenient very large shed. To the left, a very special and cosy spot, ideal for a drink when watching the sunset, an unforgettable experience...

The villa has 6 bedrooms and 3 complete bathrooms.
One bedroom has its own bathroom, the other two bathrooms are outside the rooms.
In addition there is a separate toilet. The villa has 4 toilets in total.

The indoor dining room has access to a pantry with its breakfast table, just next to the round kitchen which is so carefully fitted in the windmill. Here there are several charming pieces, such as the old stone sink, the millstone mill that’s used as a kitchen table, or the hand made wall tiles. On the top floor of the windmill there’s a games and TV room, ideal for the younger ones.

The big pool, with its amazing surrounding lawn and wooden deck, is built on a lower level of the gardens. It’s a very good alternative to the marvellous beaches, which are 25 minutes away from the property. Not very far considering the vast 150km of the most beautiful and wildest beaches in Europe, the “Costa Alentejana”.

Also worthwhile, the Roman ruins and the medieval Castle, the handicraft, the wine tasting and an excellent and renowned cuisine.

Room layout:
1 Suite with double bed and bathroom with shower and toilet (no bath)
2 bedrooms with twin beds can be pushed together to create a comfortable double bed
3 bedrooms with separate beds

2 full bathrooms with bath, out of the rooms
1 extra guest toilet in the house and 1 other outside

Location:
This amazing Villa is located 15km from Santiago do Cacém and 25 minutes from the sea. Half way between Lisbon and the Algarve, which makes it quite an interesting central spot...
Only an hour and a half drive from Lisbon, and the same to the Algarve (Via do Infante).
It is situated on a hill, with a magnificent 360º view.

The region:
The area is surrounded by historic towns, which have been modelled across centuries, first by the Phoenicians, then the Romans, then the Moors and later from the 13th by the Catholic Reconquista, each leaving an important print on the landscape. There are traces of forts and settlements from as early as the 6th century BC.
This region became quite important in the Roman times, and there are Roman ruins and monuments splattered from Troia in the North to Santiago do Cacém, which are worth a visit. Just to the East is the town of Sines, which is known for its geographically important port. It has a beautifully preserved small castle overlooking the narrow streets of the pleasant old centre. It has several small beautiful sandy beaches usually with great panoramic views of the West coast. Santiago do Cacém is a lovely town full of character that should also be visited.
Going North, there is the Comporta region, very popular among artists and trendsetters alike attracted by its understated stylish atmosphere.
It boasts the longest sandy beach in Europe. The area is still untouched by real estate boom, which makes it one of the coolest and most desired holiday locations in Europe.

Areias Brancas:
Is nature at its purest. Indeed, the large expanse of this beach has survived broadly untouched by human activity even while there is a lifeguard. It gives way to dunes and a pine forest, the original natural habitat of this region.

São Torpes:
With it’s strong and regular waves, is one of the best for surfing to be found along the entire extent of the Portuguese coastline with a number of schools available for those wishing to learn this sport.
Located right in the extreme North of the Sudoeste Alentejano and Costa Vicentina Natural Park, São Torpes Beach covers a long stretch of sand occasionally punctuated by rocks with its sea a noticeable couple of degrees warmer than its neighbouring beaches.

Praia Grande de Porto Covo:
Part of the Sudoeste Alentejano and Costa Vicentina Natural Park, Porto Covo was a small fishing village that prospered during the 20th century while holding onto all the quiet charm of its rows of immaculately white washed houses against which the sea provides a pleasing contrast.

Right by the village, Praia Grande Beach has all the characteristics of an urban beach with both good means of access and services and facilities. Surrounded by rocky cliffs, the sheltered sands are bathed in clean waters that on occasion throw up waves capable of attracting the surfing community.

Beaches to the North:

Aberta Nova, a large expanse of this beach has survived broadly untouched by human activity even while there is a lifeguard and a café, is considered one of the best beaches in the region.

Praia do Pego offers all the amenities expected of a high quality beach. It won the prize of “best beach facilities” in Portugal. The “Restaurante Sal”, is a restaurant literally on the sand and won several awards for its refined cuisine.

Carvalhal beach is situated in the limits of the wonderful Sado Estuary Nature Reserve, which allows the region to preserve all its astonishing natural beauty. Comporta region combines the charm of its dunes, the extensive pine tree area and the refreshing ocean.

With a quite extensive sandy area, the beach provides good conditions for surfing and kite surfing alike. Comporta beach is the longest sandy beach in the whole of Europe (stretching over 60km) and has well deserved fame. Parking facilites are good, and being so large it is never too crowded. The beach offers good amenities and a few great restaurants.

Water sports:
Sailing, windsurfing, canoeing and rowing can all be practiced in the safe bay of the Sado estuary, and as previously mentioned surfing and kite surfing are practiced at Porto Covo, São Torpes and Comporta beach.

Gastronomy and wine tasting:
The region is famed for its gastronomy, with its fresh grilled fish being an inexpensive delight. Five formal wine routes have been devised in the Setubal peninsula by the ‘Rota de Vinhos’ association, combining wine tasting with sightseeing, arts and nature.
Excellent fresh fish and seafood restaurants are easy to find and inexpensive.

Golf:
To the North, the unique Troia Championship golf course; to the South, in the Algarve, several golf courses at your choice

Getting there and around:
2 hours flight from most European cities and 7 hours from New York, the house is reached by car from Lisbon airport in 1h30. Faro airport is less than 2 hours away.
A car is recommended to fully enjoy the many delights of the area.
Within a 5 minute drive, there is a little village called Abela, where there are small supermarkets and shops.
For bigger shopping trips, the towns of Santiago do Cacém or Sines provide all you can need. Santiago, 15 minutes from the house, is served by the regional hospital. 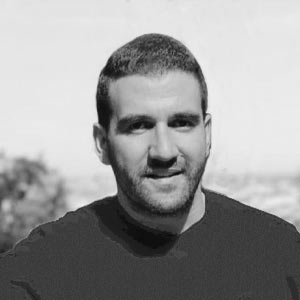